Hammer Dongers under a new Lighting

We implemented dynamic lights in all the castle maps! This will help set a better mood and a sense of grandeur in this environment! A lot of the community’s gripes were that the castle maps felt “stale”, so we aimed to fix that with this enhancement.

As most of you may know, we code Hammer Dongers in unity, so these are Unity’s new 2D lights! Implementing them took way longer than we expected though... but we hope it’s well worth it. 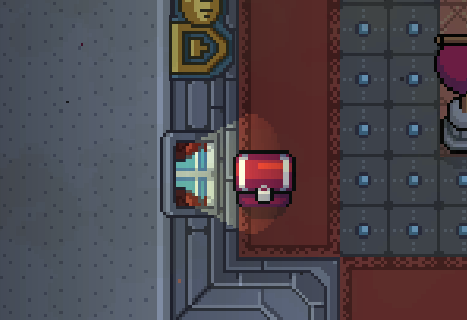 Our castle maps still felt a little “stale”, so we did another pass on the castle’s tileset.

Previously, these wall-decorating traps were triggered by levers in each map. We felt this was a bit uncomfortable. It feels better and more dynamic when things “react” to you, rather than going out of your way to make them do something. Besides they now add some much-needed movement to our castle.

It was a little clunky to have to walk to a lever to get anything out of the trap tiles, we’re testing out how they feel triggering automatically. The Lever now toggles the vanishing tiles on/off, it no longer raises a whole map of spikes.

As part of our tradition to push a new item every major update, here it is! A wand that turns foes into chickens! Anybody turned into a chicken CANT dong or use items, and die instantly when hit by anything!

Donging a single tile to open chests lead to a LOT of people killing themselves. This of course could be circumvented with practice, but it still felt a little odd. After some playtest with automatic chests we realized it makes gameplay much more fluid.

Previously, picking up the same item again would reset the ammo for that item. We thought it’d be more fun to make them ADD the ammo instead.

Each donger now has a revamped personalized jingle that plays when they win.

Feel free to reach out for any inquiries!

Up to 4 player party game with destroyable terrain!

I love your game.